If you’ve ever been to a Vietnamese wedding, you should recognize the timeless theme influenced by culture. There are fireworks, traditional clothes, drinking, rituals, and the loud cheering for an eternity of happiness.

It can be an overwhelming experience and a very touching one as well. After all, this is when a couple becomes spouses in the eyes of their families, relatives, neighbors, colleagues, and friends.

So in this blog post, we will learn all about a traditional Vietnamese wedding, and should you choose it over a modern wedding. 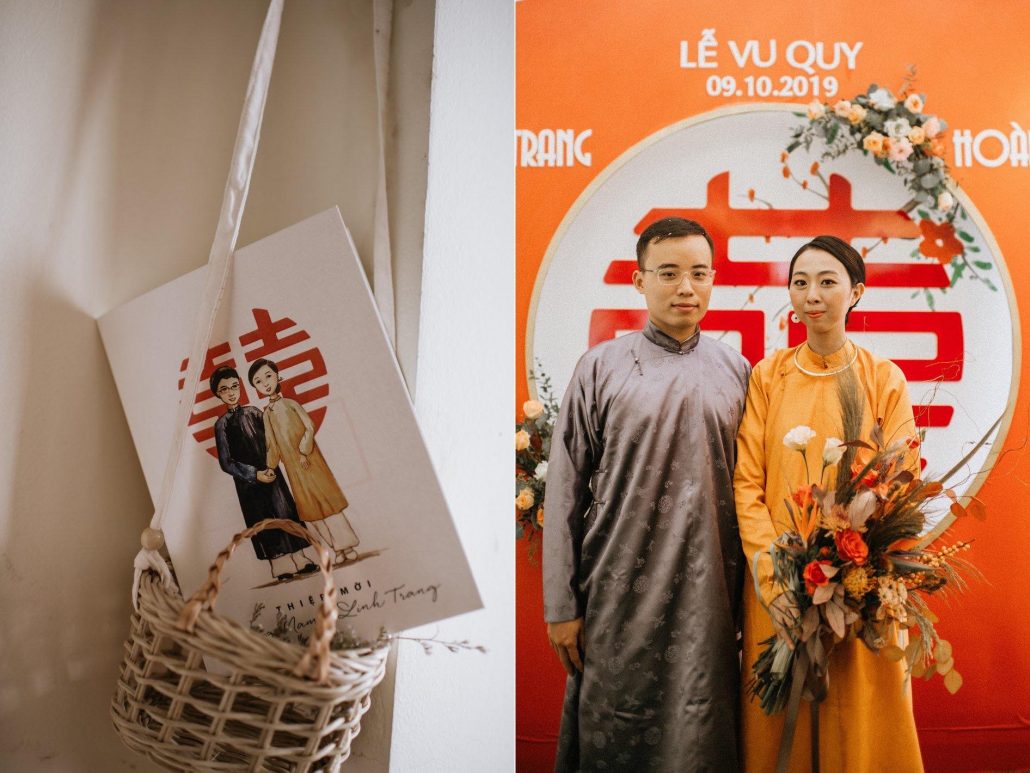 A traditional wedding ceremony is different in other regions of Vietnam. But today we will only discuss the traditional Vietnamese wedding in the northern part, mostly Hanoi.

if a couple is serious about their emotional relationship, the man asks his parents to visit the woman’s house so both families can get to know each other more.

In the meeting, the man’s family would bring traditional offerings – often are betel and areca (trầu cau). Then both sides will talk and approve the relationship between the couple.

After that, when the couple has decided to get married, two families would start deciding the dates of engagement, marriage, and the following plan.

On a chosen good date, the groom’s family and relatives bring proposal offerings to the future bride’s house. Then the representatives of both families meet and establish an official relationship between the two sides.

In this event, part of the gift will be solemnly placed on the ancestor’s altar with the young couple praying as well. Then the fiance will give an engagement ring to his soon-to-be wife.

Near the end of the event, the family of the bride would take part in each gift to put on a tray and give them back to the groom’s family. The wedding ceremony should be close by.

On the big day, the groom’s family would come to the bride’s home and ask the parents to bring the bride to the groom’s house. With approval, he may then enters the bride’s room and accompany her out.

Now they may light up incense at the bride’s family’s altar and pay tribute to the ancestors. Now the bride can leave the house on the flower car, officially leaving behind her single life.

The bride then comes to the groom’s house an again light incense at the altar. After that, a wedding party shall be held with traditional clothes, songs, and dishes.

The above steps are actually simplified a lot compared to an old-style traditional wedding. But you can still see the difference in steps comparing to a modern wedding.

It can be hard to decide, but both styles can be beautiful and stunning as long as it is your favorite choice.

And besides, you always have WedinStyle – The Stylish wedding planner to help! We have made a number of both styles of wedding, and the happiness of couples always decides the success of the ceremony.

So how do you think about a traditional Vietnamese wedding now? Leave comments below for us, and feel free to contact us if you need consultancy.